The Costumes of X-Men

There is without a doubt that this Summer will more than likely be one of the best for movies in recent years. Part of that reason and it is a good one is X-Men: Apocalypse, which so happens to be the most anticipated X-men film in the entire franchise. X-Men Apocalypse costume design is said to be ahead of it’s time and judging by recent screen shots and it’s trailer, you can clearly see that there is a lot of truth behind it.

Psyclock looks in top form more than he ever has and when you have such a great actress as Olivia Munn, you have a sense that this may be the film in which the character Psyclock truly breaks out. The one thing that stands out the most on Psyclock this time around is the sleek look and dense integrity of her suit. It looks heavier, more configured and brilliantly schemed to appropriate a natural look while remaining ultra-modern. She is stunningly beautiful yet keeping her edge in order to help guide the X-Men to victory. 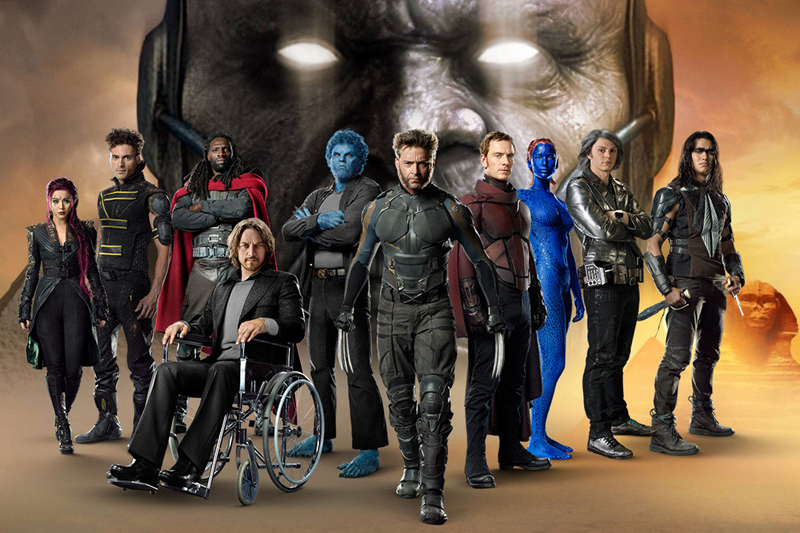 Elizabeth’s costume/suit really does looks fantastic and full of vibrancy and the way it was created far out does anything that anybody could have ever anticipated just by simply referring back to the comic books. X-Men: Apocalypse costume design is absolutely a perfect combination of state-of-the-art with flawless color composition, bringing together a world of gritty and a world of seamless imagination.

Cyclops costume this time around looks really sweet, allowing actor Scott Summers a way to flaunt his swagger and composure to the highest level. The movie itself appears to incorporate Cyclops about as much as some of the previous films but there seems to be a feeling that he may have a little bit more of a substantial role. The best way to sum up the new look of Cyclops is that he looks more tactical and more balanced than before so that is something to look forward to.

Jennifer Lawrence’s Raven character looks very reminiscent of how she has looked in films past and for many, how could you go wrong with that? There is more bulk to her costume and extra sleekness, redefining her character just enough to add a little extra oomph. Her Mystique character looks virtually identical to previous installments in the X-Men series because there is only so much that you could do with it and you simply can’t get a whole lot better that how it looks now.

Magneto, played by Michael Fassbender keeps the same feel, culminating a look of a futuristic/dystopian villain but this time around you can tell the suit has been rounded-off more to maintain a subtle rudimentary tone. Fassbender has created such a phenomenal portrayal of Magneto, far exceeding countless comic book enthusiast because with the great amount of time that has elapsed between the very first comic book and the first film, expectations have built up to gargantuan proportions.

As some early buzz has stated, X-Men: Apocalypse as far as costume design is concerned has risen to the occasion to bring Hollywood movie-making just that much closer to perfection. Bryan Singer and Brett Ratner, the first two directors of the franchise no doubt had created some really fantastic, visionary film-making. However, the last two installments have incorporated brilliant film-making with brilliant costume-design and those two together both forge magic and relentless intrigue.

X-Men: Apocalypse costume is already being considered Oscar worthy and with so much praise and an already huge fan base, the box-office should certainly be fat and happy. For all of those costume designers out there, this should be a film that they can watch and try to get ideas in order to help better their craft.