Deep in the heart of Gotham City one of the DC universe's most destructive, rebellious, cute, and lovable femme fatales works alongside the Joker, occasionally on her own, or with that crew of miscreant heroes known as the Suicide Squad to up the ante on her own brand of costumed clown crime. First appearing in the seminal 90s cartoon series Batman: The Animated Series, Harley Quinn quickly developed a style and fan base all her own, and has since become one of the most popular female DC comics characters, appearing in dozens of comic books, cartoons, and films. Since her first appearance, Harley Quinn has seen dozens of different remodels and if you're a cosplayer looking for a cool Harley Quinn costume, you're choices are far from limited. Below, we'll look at some of Quinn's more iconic looks and how you can achieve them for your next convention or cosplay event. 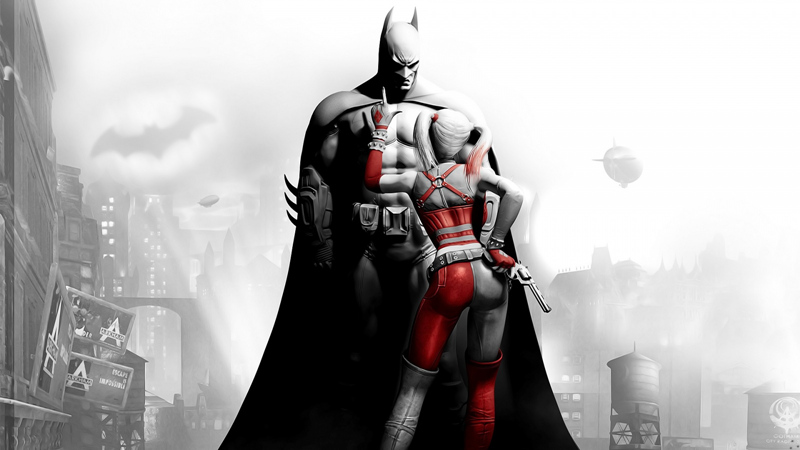 In September of '92 fans were first introduced to the clown princess of crime via the Batman animated series in her original red and black jumpsuit. This costume remains a trademark of Quinn and is still the most known visage of the character. When Dr. Harleen Frances Quinzel, an Arkham asylum psychiatrist, becomes infatuated with the joker, she dawns the classic costume becoming an accomplice to Batman's arch villain. Harley's classic jumpsuit costume has been reproduced by many different fine cosplay companies, and you can buy many different adaptations online. One great place to start looking is TimeCosplay.com. There you can find a multitude of great looking Harley Quinn costume jumpsuits along with almost every different variation of Quinn's outfit you could ever want.

In the years since the Batman Animated series and the slew of comic books that followed, Harley has made the transition from 2D to 3D seamlessly. When Quinn appeared in the first of the breakout smash video game series Batman: Arkham Asylum, her character had went from a jumpsuit wearing joker sidekick to a streamlined and sexy villain all her own. Harley's costume in Arkham Asylum consists of a waist length cut off doctor's coat, a 40's style nurses cap, black and red corset, White nurses short skirt, and knee length black boots underscored by fishnet stockings. This costume is a simple put together for any do-it-yourself cosplayer or can be bought fully assembled and official from sites like TimeCosplay.com. In the sequels to Arkham Asylum, Quinn's costumes changes somewhat overtime, and in her latest incarnation in Arham Knight, which also features downloadable content in which you can play as the clown princess of crime herself, Harley sports the red and black stockings along with 'Goodnight' baseball bat reminiscent of her appearance in the new movie Suicide Squad.

In Suicide Squad, Harley is portrayed by actress Margot Robbie, and this version of the Harley Quinn costume may be the sexiest, sportiest, and scariest yet. In suicide squad however, Harley teams up with a group of ten other villains to play anti-hero and save the world. The Suicide Squad version of Harely's outfit has caused slit decisions among fans however, with some praising the costume, and others hating it. Regardless of your opinion though, it's worth pointing out that Harley's Suicide Squad costume was one of the most popular cosplays at a host of different conventions over the last year, and is featured in a film that doesn't actually debut until this august. The suicide squad variation of Quinn is a simple one for do-it-yourself cosplayers as you can pick up a skimpy 'Daddy's little Monster' T-shirt, pair of blue and red hot pants, ripped up fishnet stockings, heel boots, and white, blue, and red make up to put together your own anti-hero Harley Quinn costume, or simply purchase the full set online from TimeCosplay.com.

You can't forget the accessories when you're coplaying Harley Quinn! Replica 9mm, daggers, and, of course, Harley's 'Goodnight' baseball bat are all worth picking up to complete your Harley Quinn costume. In the end though, have fun with it and create a Harley Quinn costume you'll be proud to cosplay. There are no wrong answers and with so many different variants of the character, finding the one or combining costumes should be no problem. Just watch out for that pesky bat signal!