Created by Mort Weisinger and George Papp, Green Arrow (or the billionaire Oliver Queen) made his first appearance in 1941 and soon became a famous character. Inspired from the "Batman" series which ran around that time, Green Arrow's kind of similar from some points of view such as the vehicle (Arrow Car and Batmobile) and/or sidekicks (GA's being Speedy or also called Red Arrow).

Outlined with a touching story and an amazing evolution as a character, beginning with the training on Starfish Island and ending with his mission to do good, Green Arrow's costume is also a key point in his career. 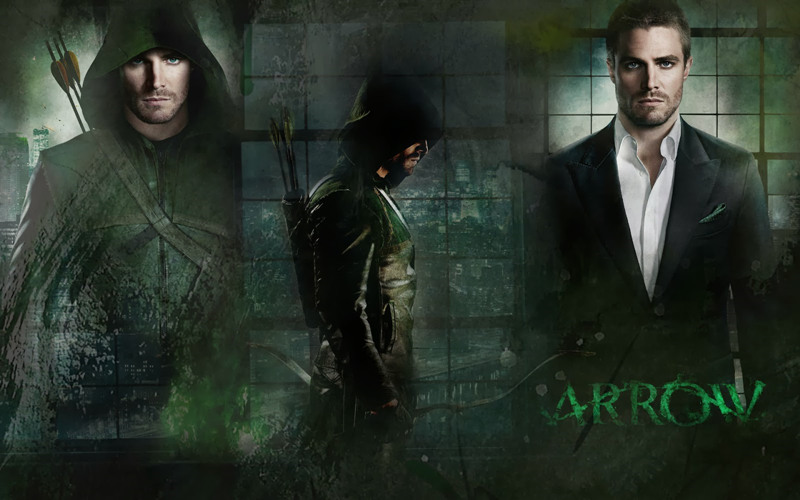 Composed of the jacket (coat) as a top, pants, leathery shoes, one arm bands, a holster (belt), gloves and of course the always present arrow bag, it first made up as a great, flexible costume. In season 4, some changes were made, as in a discreet eye patch was used along with the hood, arm protectors that reach until elbow in place of sleeves and a tighter fitting top.

When it comes to gadgets, Green Arrow uses a variety of arrows starting with the explosive ones to the tricky or "trappy" ones, most of them being hand made from raw material. For example there are the explosive arrows - which are either timed or with trigger, the Trident - which penetrates skin as a terror weapon, Boxing Glove Arrow - which creates a visual impact when violence is not needed, the Claw or Grappler Arrow Head - the "jaws" snap closed very tightly around the target or the Net Arrow - spreading around 3 meters wide, it has a very tough fiber.

The bow is a traditional type, around 46", with its handle made out of rosewood or hardwood, with a fine curve to it and an estimated pull of 80 pounds.

Another important element attached to the costume top is Green Arrow's Quiver, which has a mesh, flexible to the fabric harness, the quiver is made out leather, like a box, attached to the back with clips so it lays flat on his back- underneath of it being a lumbar sheepskin pad for comfort. At the bottom of the box there is a cell foam for arrowheads to rest into and easily selected as the mechanism takes the arrow.

All in all, this Robin Hood-like hero of our times manages to impress even with the outer seemingly simple outfit, yet so complex when it comes to the mechanism and flexibility - let's not forget about the variety of arrows either, after all.