All You Need To Know About Captain America Cosplay Costumes

If America's favorite soldier is also your favorite character then the Captain America cosplay costume is what you need to get into right now!

Cosplay has been around for a while and is one of the hot, trending pop culture topics. Its caught on like wild fire and is helping enthusiasts express themselves in a whole new way. Role playing and enacting your favorite characters as perfectly as you can forms the basis of this culture. As more and more characters take center stage, its a good idea to have multiple cosplay costumes in your closet. One of the recent trends in the community is the Captain America cosplay costumes. The character has come into spotlight as the movie, Civil War, hit the box office. With the success of the movie, came the followers and fans of Captain America who wanted to be like their hero. 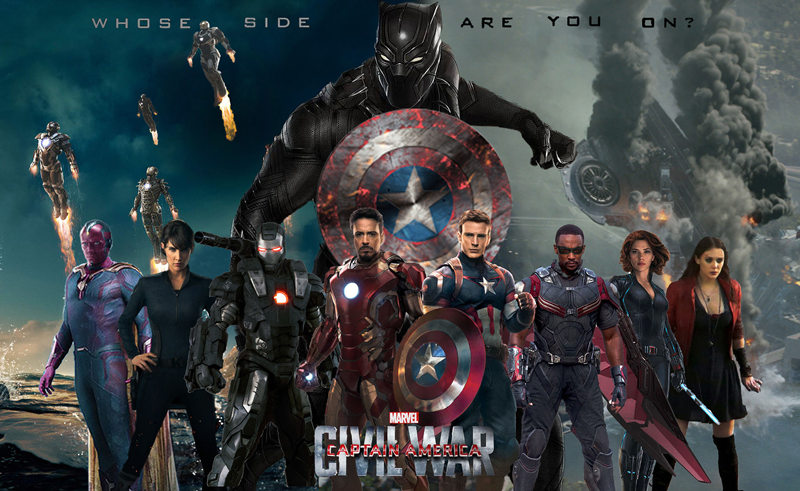 It is interesting to note that Captain America has been dawning different costumes in all of his movies. The character is a cosplay lovers dream. You can take a pick from any one of the costumes or just get all of them for a nice collection. As the hero has evolved from being part of the World War II era into the modern world of Tony Stark, his costume has gone through phenomenal changes. Here's taking a look at the evolution of his outfits to help you plan your Captain America cosplay costumes.

The USO gear - his first!If you loved retro Captain America then this costume is for you. The bright, star spangled cotton costume with a winged mask was one of the first uniforms worn by the character and is just perfect for cosplay. Needless to say, it will definitely make you stand out from the rest of the popular Captain America costumes out there.

Captain America for the rescue.All hard core fans will remember the classic leather jacket and the A-helmet worn by Captain America on a spontaneous rescue mission. In the movie, its an ad-hoc ensemble that the Captain puts together while he is flown into enemy territory by Howard Stark. The combat jacket, boots and the non-standard shield make up this costume. It is definitely not the conventional Captain America look but a definite treat for anyone who loves the Marvel Universe.
Longest lasting costume.For 70 years, Captain America stayed frozen in this costume designed by Howard Stark. It also comes with the standard circular shield and the strappy leather jacket. Cosplay lovers can have a great time exploring the the additional accessories that come with the costume. Although, Captain America himself didn't see much action in this particular uniform.

Age of the AvengersOne of the classic Captain America cosplay costumes is the uniform he wore in the Avengers movie. With exposed zips and bright colors the costume makes Captain America stand out in the group of Avengers. If you wish to go with this uniform for your cosplay then it is worth noting that it is the only uniform that has no attachment to hold the Captain's shield in the back.

Stealthy S.H.I.E.L.D costumeThis mellow uniform is also one of the fan favorites. Slightly dull coloring to maintain the stealth mode, this costume comes with a communicator in the glove, magnetic straps to latch the shield and for the first time we see Captain America's ears in the open ear helmet. As if that wasn't enough, the uniform is also bulletproof (but that's just in the movie) Tony Stark made this!The Age of Ultron uniform is a typical Stark inspired costume. The movie costume includes a lot of with high tech upgrades, however for your cosplay you will need to use some imagination. The Captain America cosplay costumes from this movie have been quite popular with cosplay lovers, making it quite a must-have.

With all these options, it can be quite mind boggling to decide what you want. It is advisable to start with some research. Know which is your favorite Captain America era and start from there. Because the uniforms are so elaborate, you will never really get the right finish if you make them at home. But there's no harm in trying. However, before you make a purchase, make sure you have the right size and the necessary accessories included. Most Captain America cosplay costumes do not include the shield so you may have to invest in it separately. Whatever you decide, always remember you are more than just a shield!